You can never have enough thumbnails

Making thumbnails is a great way to explore an existing idea in your head. It allows you to focus on the essence of the idea and how you're going to portray it. Another benefit of making thumbnails, for me personally, is starting without any idea what I want to make. This allows me to push shapes and ideas around that come up during painting, without any restrictions on what I want to make at that moment. This leads to ever changing and transforming thumbnails that can inspire me or lead to happy accidents.

Below are some thumbs I made by just winging it. I like some of them but they may seem a bit too detailed or defined to be called just thumbnails. This is because I often get caught up in a thumbnail and try to push it further and further until I'm happy with it. Sometimes it's hard for me to leave it alone until it's just right and that's when I realise it's becoming a value sketch instead of just a thumbnail.

However, I think this is because I like where that thumbnail was going and what idea resides within it. The important thing to remember about thumbnails is that you can never have too many of them! :) 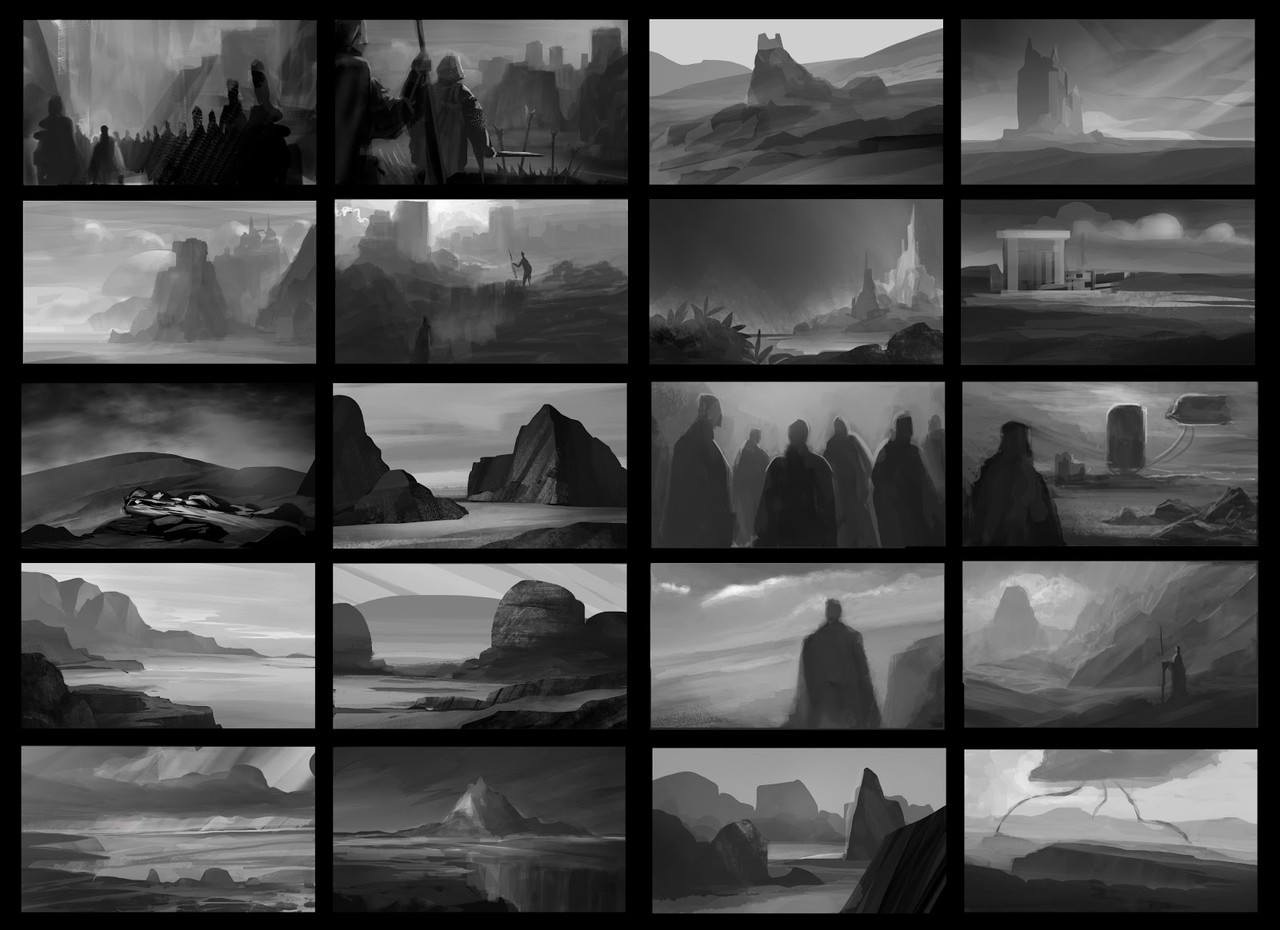